#Naarad_TV #Bollywood #bollywoodvssouth #southmovies
+++++++++++++++++++++++++++++++
Bollywood vs South Cinema_क्यों Bollywood पर भारी पड़ रहा है _South Cinema Is Better Than Bollywood ?
The business that was expected from the recently released film '83' could not happen and the biggest reason for this was said to be the fear of Corona, due to which the audience could not reach the cinema hall, although in the meantime South's film Pushpa's Hindi The version created panic at the box office. Even in a metropolis like Delhi, which was filled with multiple multiplexes, the film managed to reach 100 crores despite the closure of cinemas. In such a situation, the question is bound to arise that despite the great research and critical acclaim as well as the stormy level of publicity, why could not a great film like '83' get as much success as a spicy film like Pushpa proved to be successful? Even in OTT streaming, people are taking this film in hand. So after all, what is the reason that for the last few years big Hindi films are proving to be unsuccessful and while South films are also succeeding by being on light subjects. In today's video, we are going to throw light on some such reasons, so stay with us in the video from beginning to end.
++++++++++++++++++++++++++++++++
Welcome to Naarad TV YouTube Channel. Naarad TV channel is all about Latest News, politics news, entertainment news, sports news, social media news, movie reviews, opinion news and more. 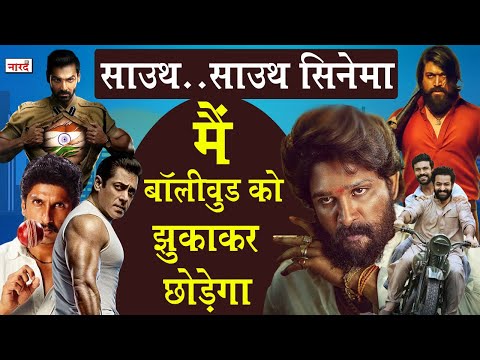