More than 10,000 people were evacuated from villages and cities around Kyiv overnight, local media reported. In addition to areas around Kyiv, evacuees were also leaving along routes in Sumy, and Enerhodar. On Wednesday, Poland has in total received 1.43 million people from Ukraine since Russia's invasion began, Polish Border Guards said on Thursday. The number of refugees fleeing the war in Ukraine reached over 2 million on Tuesday, with the latest figures at 2,155,271, according to the UN.

Russia called a Ukrainian claim that it bombed a children's hospital in Mariupol was "fake news." Moscow claimed the building was a former maternity hospital that had long been taken over by troops. "That's how fake news is born," Dmitry Polyanskiy, Russia's first deputy permanent representative to the United Nations, said on Twitter, adding that Moscow warned Monday that the hospital was a military object. Ukrainian President Volodymyr Zelenskyy accused Russia of carrying out genocide after Ukrainian officials said Russian aircraft bombed the children's hospital on Wednesday. At least three people, including a girl, were killed in the attack, local officials said on Thursday.

The International Monetary Fund greenlit $1.4 million (€1.26 million) in emergency support to help Ukraine deal with its "massive humanitarian and economic crisis." Germany's conservative Christian parties (CDU/CSU) called on the federal government to stop Russian gas imports via the Nord Stream 1 pipeline. German Chancellor Olaf Scholz also dismissed the idea of sending Polish jets to Ukraine via a US base in Germany. Russia's Defense Ministry acknowledged that conscripts were sent into Ukraine despite prior repeated denials by President Vladimir Putin. The ministry said it was launching an investigation to punish those who allegedly disobeyed orders not to use conscripts, and that "practically all [conscripts] have been pulled out to Russia." Russia and Ukraine announced export shifts amid the crisis. Observers said that disruptions to Russian and Ukrainian wheat exports could be devastating to North African and Middle Eastern countries that are highly dependent on both suppliers. Ukrainian officials accused Russia of bombing a children's hospital and maternity ward in the southeastern port city of Mariupol. A Mariupol official later said that the city was "on the verge of death" as there was still no humanitarian corridor for residents to evacuate. 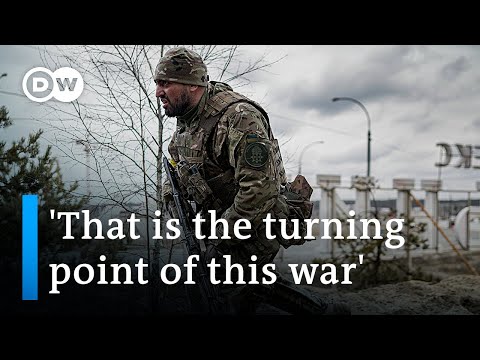 More than 10,000 people were evacuated from villages and cities around Kyiv overnight, local media reported. In addition to areas around Kyiv, evacuee...